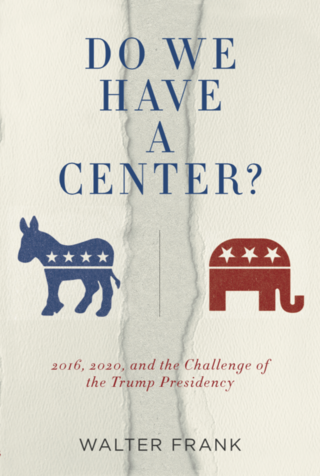 "The ultimate world-view of the two candidates could not have been more different. Trump once said, 'Man is the most vicious of all animals and life is a series of battles ending in victory or defeat. You just can't let people make a sucker out of you.' Hillary had written It Takes a Village."

"Following the [first] debate, Hillary gave a detailed speech pledging a renewed commitment to the idea of national service. It was rich in specifics. She wanted to triple the size of AmeriCorps, double the college scholarships that AmeriCorps members could earn through their service, and start a program to forgive student loans for those who serve. She also wanted to "grow the Peace Corps" and create "a National Service Reserve" which would give people an opportunity to serve their communities on less than a full-time basis. These were precisely the kind of thoughtful ideas that I hoped would shape her presidency. As far as most of the media was concerned, however, she might as well have given the speech in a broom closet. The much bigger news that day was a POLITICO disclosed news clip showing Hillary in an unflattering light."

"On October 20, the day after the final debate, the two candidates appeared at the annual Al Smith charity fund-raising dinner hosted by the Archdiocese of New York, a tradition of presidential elections for more than fifty years. It is supposed to be a night away from the campaign trail when the candidates engage in a little self-deprecating humor and perhaps point gentle fun in the direction of the opposing candidate. True to the spirit of the occasion, Clinton began by noting that she was taking a break from her "rigorous nap schedule" but most of the rest of her twenty-minute speech was aimed at Trump himself, none too gently. Trump responded in kind with a speech of almost equal length in which he too started off well enough, noting that modesty was "perhaps my best quality." Then, poking fun at himself and Melania, he noted how biased the media was against him but only for the purpose of setting up this quip: "You want the proof? Michelle Obama gives a speech, and everyone loves it. My wife, Melania, gives the exact same speech and people get on her case." He also poked fun at Hillary, at first in a kidding way: "It's great to be here with 1,000 wonderful people, or as I call it, a small intimate dinner with some friends. Or as Hillary calls it, her largest crowd of the season." But then Trump turned darker, accusing Hillary of hypocrisy and then calling Clinton "corrupt" adding she was in "public tonight, pretending not to hate Catholics," a remark that actually drew boos from the audience. It was a sad night for those who remember different and better elections."

"Politics is no longer a game for the elites because the issues cut right to the bone for tens of millions of Americans. In the fifties, sixties and seventies, those who said that they cared a good deal about who won the presidential election fluctuated in the 60% range. Since the year 2000, it has fluctuated in the 80% range."

"Notwithstanding his own estrangement from many G.O.P. leaders, Trump's victory was also very much a Republican victory. They lost only six seats from their large majority in the House and held onto the Senate even though many more of their seats were at risk in the election. They also increased the number of legislatures they controlled from 30 to 32, including a stunning turn-around in the Minnesota State Senate where the party turned a ten-seat deficit into a one seat majority."

"Hillary's biggest mistake might have been made eight years before the 2016 election when she decided to give up her U.S. Senate seat to become Obama's Secretary of State. She had been an effective Senator, developing relationships with many Republicans, including social conservatives when she joined the Senate Prayer Breakfast. Elected with 55% of the vote in 2000, she won with 67% of the vote in 2006, including strong support from rural upstate voters."

"Every generation tends to think its problems are unique but it is remarkable how today's debates are simply newer versions of issues we have been confronting our entire history. Today's arguments over immigration are just the latest chapter in the effort to define who we are as a people and what we represent. There are periods in our history where we have been welcoming and some when we were not so welcoming but the continuing debate is fundamental to our identity. The controversies over the individual mandate in the healthcare law and over gun control are simply the latest versions of the never-ending debate over society's right to legislate in the public interest at the expense of individual freedom of behavior. President Trump's obvious distrust, even disdain, for internationalism is simply his answer to a question we have been debating since the end of the nineteenth century about America's proper role in the world. The progressive agenda of universal health care and tuition free college education once again asks us to consider just how robust our social safety network should be, hardly a new question. We have been arguing over the use of federal lands, the proper sphere of regulation, how much respect to afford individual conscience, the proper balance between state and federal powers, government's responsibility for mitigating poverty and inequality, how best to educate our children, what separation of church and state actually requires, and many other issues for most of our history.

The continuity of our issues may bespeak an underlying strength.

What seems to be different now is a feeling that there is nothing on the other side worth considering. Not only is this attitude dangerous in a democracy, it ignores the simple fact that the two major parties, from the New Deal through the balance of the twentieth century, did stand for two healthy instincts, one emphasizing the role of the private sector, the other the role of government, in solving our problems. When we ignore each other, as we may be doing now, we ignore finding the best solutions to our problems."

"No Democratic candidate will be able to win if all elements of the Democratic Party are not solidly behind him or her. That will not be an easy task, whomever the nominee might be, for the Democrats do embrace a wide range of viewpoints and policy prescriptions. Some embrace free tuition at public colleges, Medicare for All, a wealth tax, a government program of universal childcare and complete elimination of fossil fuel use within two decades or less. For others, these goals are unrealistic, unwise and a recipe for electoral disaster.

The good news, however, is that even the Democrats for whom the more far-reaching proposals are a bridge too far share a set of common values with most of the brethren to their left. Almost all Democrats regard health care as a right not a privilege, want to make college more affordable, lessen the burden of student debt, advance women's rights, give strong support for working mothers with children, and address problems of institutional racism, income inequality, mass shootings and climate change. They also share in the desire for progressive Supreme Court justices.

The Democrats forget that commonality at their peril."

Examines how Trump won, whether we are ideologically polarized, and how a centrist progressive program can win in 2020.